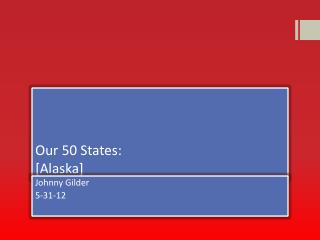 RAPPS – Rural Alaska Principal Preparation and Support Program - What does high quality instruction look like? may 29

The Fifty States - . maryland. wacko sings the 50 states. http://www.teachertube.com/viewvideo.php?video_id=6809. where