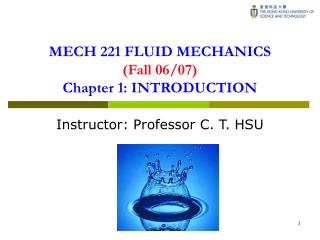 Fluid Therapy - . moments alone with jack the dripper. why give fluids during surgery?. #1 complication of anesthesia??.

Chapter 4: Fluid Flow and Sediment Transport - . we tackle the question of how sediment moves in response to flowing