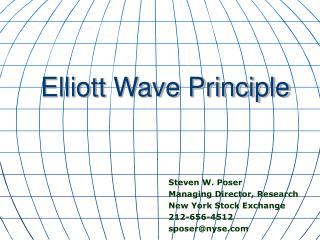 David Elliott - . harry potter and the recessive gene. how are wizards made ?. how wizard genetics works ?. all humans

5. Wave-Particle Duality - the Principle of Complementarity - . we have phenomena such as diffraction and interference

NATHAN ELLIOTT - . mission statement: their mission is the eradication of cancer and the enhancement of the quality of