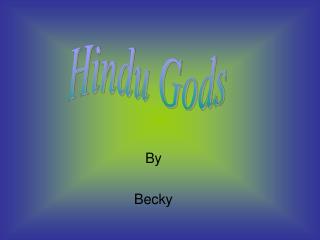 Hindu Gods. By Becky. Brahma. Hindus say that Brahma is the Creator of the Universe. He is The first member of the Hindu Trinity this also includes Shiva And Vishnu. He is their main God. Shiva. Shiva is commonly known by The Hindus as the Destroyer And is the third member of Becky - . activity 2. becky wants to be a choreographer as a career. she has realised that she needs to gain certain

Becky Lynch Fur Jacket - For women is made from genuine leather. to read a complete article click a link.