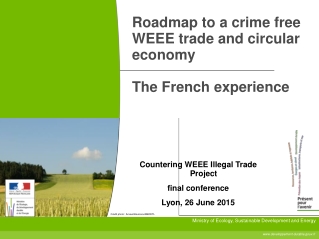 Introduction to the Circular Economy - . an integral dimension of sustainable development. the old view. before,

Biogas and the Circular Economy - It is so important to be aware of biogas; fuel of the future. know more about how the

Trade and economy - . essential questions - trade. when and why did people start to barter? what are the problems with