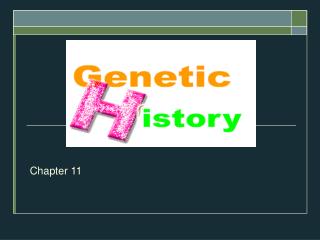 Chapter 11. Gregor Mendel. Father of Genetics Born in 1822 in the Czech Republic Priest in monastery Fertilization by testing pea plants Cross pollination. Cross Pollination. Genes and Dominance. Gene : a specific characteristic that varies from one individual to another.