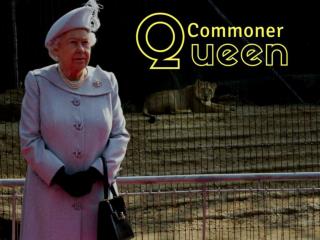 Queen Elizabeth moments when she is more civilian than royalty.

Cryptography and Mary Queen of Scots - . alice yuyen chang spring 2004 at chang gung university a lecture given in

Who Am I - The development of metal catalyzed, one-step approaches to α-amino acids, pyrroles and α-substituted amides

MIDTERM REVIEW - . scottish philosopher who is known for the doctrine called laissez-faire. adam smith. under this

The Book of Amos - . the depths of sin. background to amos. amos comes from the village of tekoa , south of jerusalem

Listen to This - . (insert the song we want to play at the beginning of the presentation). queen. freddie mercury. roger

Making Nucs &amp; Splits and Queen Rearing for the Hobby Beekeeper - . why rear your own queens? self sustainability

Fitness Tips to be the Next Beauty Queen at the Pageant! - He yoast seo plugin v5.5.1 -