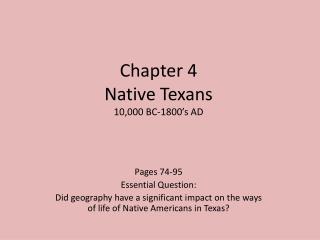 Native Plants - How to effectively use vegetation as a bmp presented by: jenna fahey and mary beth falsey dupage county

Chapter 7 - . history of us and canada. north america before the europeans. native americans came to north america