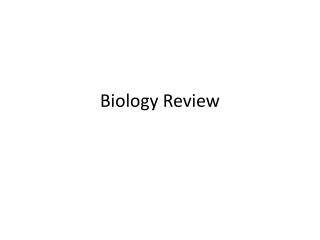 Biology Review - . q:. growth and development are synonymous, respectively, with which of the following: w) division and

Biology Review - . reporting category 1:cell structure and function b.4 the student knows that cells are the basic

Biology Review - . chapters 1 through 5. the study of life. the concepts and principles that allow people to understand

CP Biology Review - . yea!!!!!. steps in the scientific method…. observe ~ always observing the world around us!! 1.