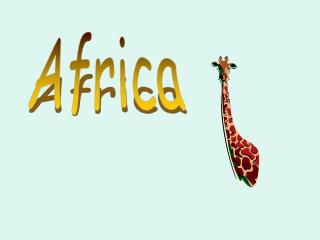 Africa. The Beginning. Africa is one of the earth’s seven continents. It is the second largest continent. Africa is a land of great beauty and resources. The earliest evidence of human beings comes from Africa. Many great cultures developed here. Geography of Africa. Africa - . africa. during the middle age: africa had got well cultivated fields, peaceful villages. from 16th to 19th:

Africa - . chapters 13,14, and 15. nigeria. mangrove  a tropical tree with roots that extend both above and beneath

AFRICA - . africa my africa africa of the proud warriors in the ancestral savannas,. that trembling back striped red

Africa - . geography. nile river. the nile river contributes to the agriculture in the area surrounding it. sahel region.

Africa - . shaka warred against british imperialists. the diaspora, imperialism, and independence: 1550-1964. themes in

Africa - . economy. different economic systems. traditional most decisions made based on customs, traditions, and habits