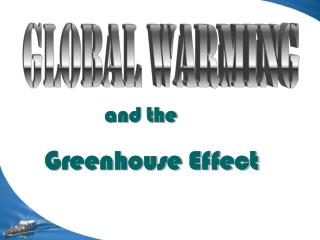 Global Warming. and the Greenhouse Effect. OBJECTIVES:. Explain the impact of the greenhouse effect on planet Earth Describe greenhouse gases and their effects Explain how human activities have contributed to global warming Describe the effects of global warming on people and the land

Global Warming - . will human-induced climate change destroy the world?. introduction. is the world getting warmer? if

What is global warming about ? - . variations of the earth’s surface temperature for the past 140 years. spm 1a.