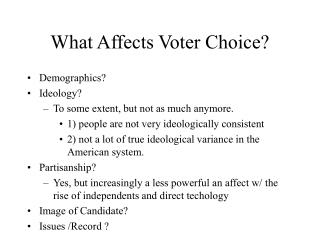 What Affects Voter Choice? Demographics? Ideology? To some extent, but not as much anymore. 1) people are not very ideologically consistent 2) not a lot of true ideological variance in the American system. Partisanship?