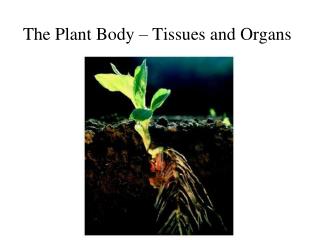 Plant Tissues: Overview - . meristems, simple tissues, &amp; complex tissues. many of the figures found in this

Body Organization &amp; Homeostasis - . (p.468). there are 4 levels of organization in the human body: cells tissues

SKELETAL SYSTEM - . the body is made of cells. cells group together to form tissues, which join to make organs. . organs

Chapter 35 - . plant structure, growth, and development. concept 35.1: the plant body has a hierarchy of organs, tissues,

What is shock? - . shock is a medical emergency in which the organs and tissues of the body are not receiving an adequate

Plant Tissues - . plant structures are composed of 4 main tissues. they are: epidermis – outer layer of cells which