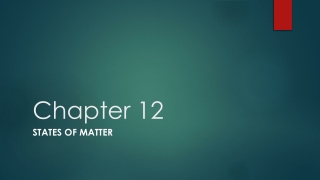 Boundary Tension and Wettability - . immiscible phases. earlier discussions have considered only a single fluid in the

Chapter 2: Liquids and Solids - . 2.1 intermolecular forces. 2.2 the liquid state 2.3 an introduction to structures and