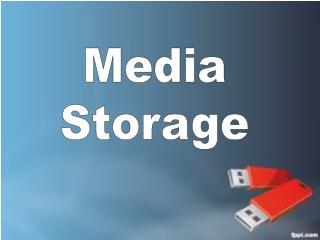 Media Storage. Did you know that it would take around 6,000 floppy disks to store one DVD – or 4,500 compact cassettes, with a playback time of 280 days? Here’s a brief look into the history of data storage. PUNCH CARDS. Media Storage Cabinets - When you look for an adequate and compact storage space, then the media storage cabinets works

Getting to know Storage Media - . stores information retrieve information for later use. the diskette is a magnetic