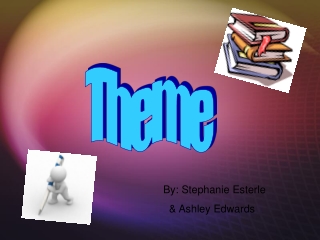 Theme. By: Stephanie Esterle & Ashley Edwards. What is theme?. The life lesson that comes from a story. What kind of theme’s are there?. There are many different types of themes. Some stories focus on …. USER FRIENDLY.