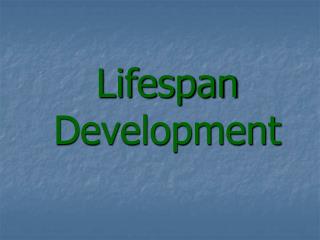 DEATH AND DYING - Chapter 19. death and dying. learning objectives. dying and death across the lifespan. what is death?.

Professional Development - . “preparing for the next level”. “professional development is the planned, progressive

Developmental Psychology - . a branch of psychology that studies physical, cognitive and social changes throughout the

Social Determinants of Health: - . lifetime consequences of maltreatment; children as the key to lifespan health; brain

Cognition Through the Lifespan - . cognitive functions. orientation ability to know one’s self, time and place