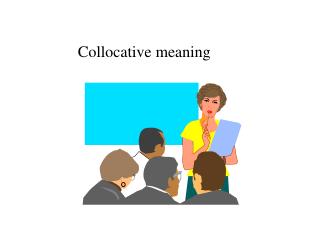 Meaning - Psychology of language--baldwin. meaning. ellis ch. 4: meaning. “ meaning ” as a reference both to:

Meaning - . semantics and pragmatics. semantics. focuses on the literal meanings of words , phrases and sentences ;

Meaning - . an observation or a general statement about a subject such as film. expectations and films

MEANING - . profit is a factor income attributed to the enterpreneur. main function of enterpreneur is to bear

Meaning - . stock exchange is an organised and regulated market for trading in various securities issued by companies

Meaning - . types of meaning. denotation / connotation. the core sense of a word. my sister died . the associative sense

Inferring meaning - . two kinds of inference. definition of infer. infer means: 1. to derive a conclusion 2. to guess or

MEANING(LESS) - . ecclesiastes. meaning(less). psalm 39:5 – behold, thou hast made my days as an handbreadth ; and mine