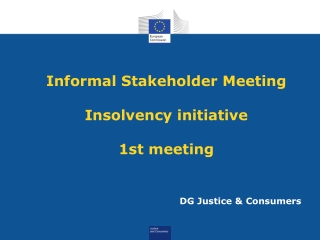 INSOLVENCY LECTURE 10 - . schemes of arrangement. entered into under part 5.1. court can order a meeting of the creditors

Early Care and Education Stakeholder Meeting - . may 9, 2011 meeting will begin at 1 pm. discuss benefits and risks of