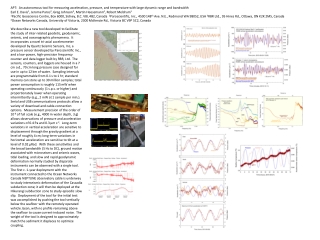 Acceleration - . acceleration is said to have occurred when an intellectually gifted young person graduates from school

Acceleration - Leq: how can equations be used to describe the motion of an object? objective: given appropriate

Acceleration - . understanding speed vs. velocity . speed is simply how fast velocity is how fast in a direction speed =