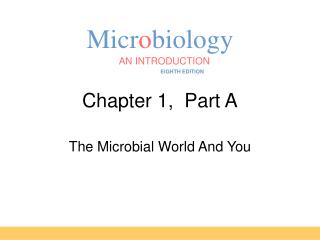 Chapter 1, Part A. The Microbial World And You. Microbes and You. Microorganisms are organisms that are too small to be seen with the unaided eye. Examples? “Germ” refers to a rapidly growing cell. Microorganisms:. What do microbes do? Decompose organic waste Chapter 1, Part A - . the microbial world and you modified by john ireland (2006). microorganisms:. images obtained

Chapter 1- Part 1 - 2. chapter1- part1. introduction and overview of manufacturing. what is manufacturing?materials in

Chapter 1 – Introduction Part 1 - . defining security. the security of a system, application, or protocol is always

Objectives Chapter 1, Part 1 - . illustrate and describe the perceptual cycle explain the difference between top-down and

Chapter 2 part 1 - . law of conservation of mass . dalton mass is neither created or destroyed in chemical rxns. law

Chapter 14 Part 1 - . the brain and cranial nerves lecture outline. introduction. the brain is the center for registering