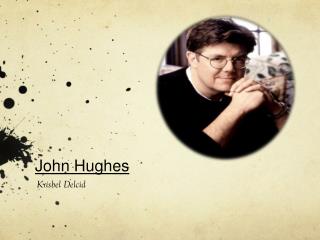 John Hughes. Krisbel Delcid. John’s Hughes Information. John Hughes was born on February 18 th , 1950 in Lansing Michigan. He moved to Chicago, Illinois with his family at the age of 13. Entegrity PKIBench John Hughes john.hughes@entegrity - .com. what is it and used for?. a windows based pki work bench