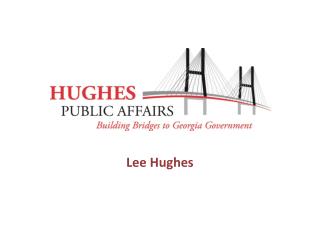 Lee Hughes. Overview and Introduction Georgia Government and Politics By The Numbers. 2013 -Year One of a New Two-Year Session Between 2000 and 3000 bills and resolutions introduced over two years