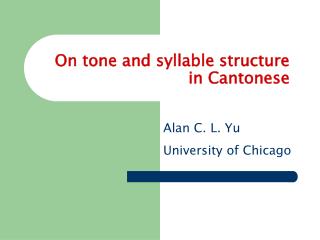 Analyzing Tone - . objectives. students will be able to identify complimentary tones and tonal shifts in a variety of

Apuntes… La Acentuación - . accents. to know when a word needs an accent, you need to know... a) that some words

Tone - . it’s all about attitude. i have a present for you!. are you… surprised? excited? very thankful?

Tone - . the writer's attitude toward the subject and the audience like a tone of voice portrayed through the way the

Don’t Take That Tone With Me! - . tone: a guide to the literary element. tone sweet tone. tone: not this literary

yBi - In the following slides, you will see the hebrew letter b with an accompanying vowel-sign, making a syllable.

INTONATION - . (chapter 17). tone-unit. when a tonic syllable is followed by a tail, the tail continues and completes the

Syllable - . what is a syllable?. a syllable is a word or part of a word that has only one vowel sound . all words have

Syllable Structure in English - . lets study it…. words can be cut up into units called syllables. humans seem to need

Synopsis Word segmentation is important in developing a text-to-speech (TTS) system for Cantonese for several reasons.