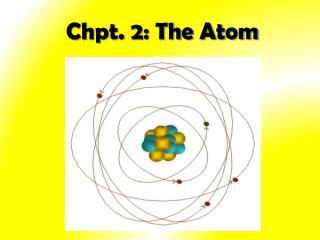 Chemistry Chapter 7 - . valence electrons an electron in the highest occupied energy level of an atom. to find the number

Chapter 2 Atoms - Chemistry b11. chapter 2 atoms. matter anything that occupies space and has mass. physically separable