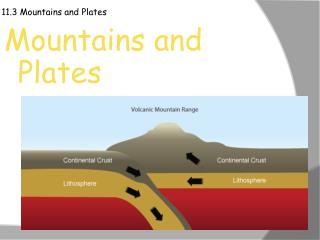 11.3 - Ratio test and radius of convergence. 11.3. find the function represented by the series and the interval of

11.3 - Objective: to practice punnett squares and to discuss independent assortment and different types of dominances. .

11.3 Nationalism and Sectionalism - . the administration of president monroe and the era of good feelings. what is

11.3 Notes - Explosions. product of combustion accompanied by creation of gases and heat and occurring at a rapid

Section 11.3 - . other patterns of inheritance. beyond dominant and recessive alleles. there are important exceptions to

Ch 11.3 - . water underground. ground water. water located within the rocks below the earth’s surface is an important

Mountains and Seas - . classwork. use pages 271-275 of your textbook to complete your assigned section!. i. the land of