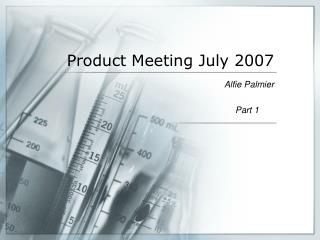 Product Meeting July 2007. Alfie Palmier Part 1. Why are you all here?. Aims and Objectives. Acquire knowledge about the Company and how it all started. Inform yourself about potential dangers in your own home.