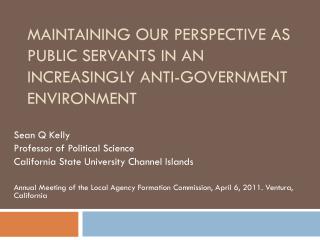 Stop the Gag Law - . we are a diverse group of citizens, business owners, and public servants concerned about the

Risk Management - . how to protect your community. introduction. assisted living and residential care has become an

Public health and the urban built environment - . hugh annett bristol director of public health. i will talk about. new

The Impact of IPv6 on Society ～  a Government Perspective ～ - . kaori ito ministry of public management, home

Anti-Federalist - . by: jack a. marquez marielena perez terri long. what is b eing anti-federalist?. opposed a strong

Public Schools for All? - . what is the purpose of public schools in a democracy?. provide a common culture to all

International Trade and the Environment - . jeffrey frankel harpel professor, harvard university a report for the swedish

Ethics in Government: A Contractor’s Perspective - . managing ethics with contractors. because government utilizes