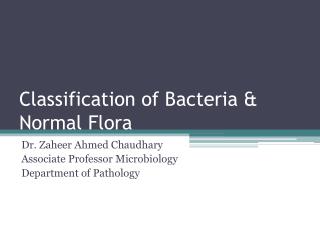 Normal Flora - . what’s growing on us?. normal flora (mostly bacteria). in past medical microbiology focus on

Chomsky Normal Form CYK Algorithm - . normal forms. there are some special forms in which i can bring the grammar to work

Lecture 3-4: Classification &amp; Clustering - . both operate a partitioning of the parameter space . clustering: