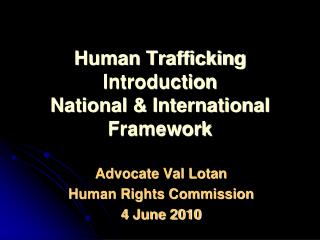 HUMAN TRAFFICKING - . what is human

The Framework of the National Rural Water Supply and Sanitation Programme - . presentation to the. advocacy and