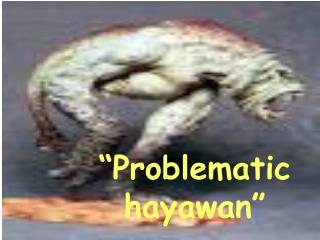 An Update: What's New and Problematic: Joint Commission Standards and CMS Regulations - . tracer tips for staff. have a

PROBLEMATIC SYMPTOMS IN GENERAL PRACTICE – an appraisal Dr.P.CHITRAMBALAM.M.D ., - . “medicine is an ever changing

Putting together the pieces - . an intra-disciplinary look at sound change. outline. 1) background on neogrammarian

Behavioral Addictions: Gaming - . developed by: cora burke, ma. the quest. what are “gaming addictions”? what do

“Make me know Your ways, O LORD; Teach me Your paths. Lead me in Your truth and teach me, For You are the God of my