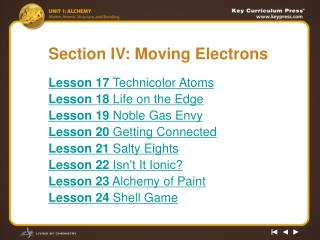 Chapter 5 Electrons in Atoms - Section 5.1 models of the atom. objectives:identify the inadequacies in the rutherford

Electricity! - Atoms have protons, neutrons, and electrons.same number of protons and electrons, it is balanced and

Chapter 20 Section 2 - . types of bonds. gain or loss of electrons. atoms gain or lose electrons to achieve a stable

1. What happens when two materials are charged by rubbing against each other? - . a. both lose electrons b. both gain