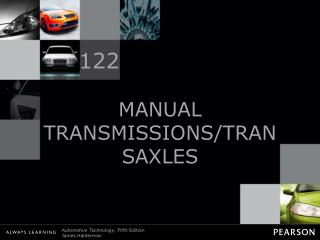 122. MANUAL TRANSMISSIONS/TRANSAXLES. Figure 122-1 Spur gears have straight-cut teeth. Figure 122-2 The teeth of a helical gear are cut at an angle to the gear axis.

TRAINING USE ONLY - Work authorization process. training use only. “real world experience”. references.

GMP / HACCP Training Manual - . our company. is committed to the development and implementation of gmps following the

Reasons Behind a Malfunctioning Clutch in your Car - Now, most of the car is automatic on the road and contain the manual

Manual Transmission Diagnosis - . lubrication. most manual transmissions are lubricated by the splay and spray method