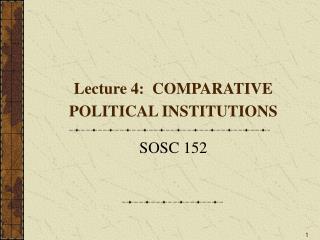 Comparative Advantage - . overheads. the logic of free trade. self-sufficiency is nice but …. advantages of doing

Lecture Overview - . what is western europe? impressions why study it? themes and challenges country vs. comparative

The Comparative Method - . lecture 2. why and how to compare countries; description – classification –