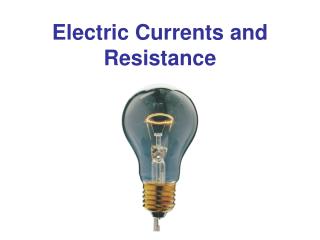 Magnetic field of electric currents - . warm-up. due to earth's magnetic field, the compass needle will always point to a

Resistance and Ohm’s Law - . when electric charges flow they experience opposition or resistance which reduces the