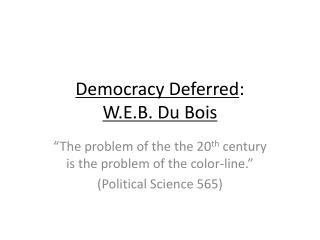 THE POWER OF EXCHANGE™ Discover the Value of §1031 Tax Deferred Exchanges Presentation by Kennen Cohen - . §1031

Federalists vs. Anti-federalists - . madison (#10) v. brutus is democracy best served in large or small republics? who is

The Age of Jackson Rebirth of Jeffersonian Democracy - . the election of 1824. until 2000…the most compelling election