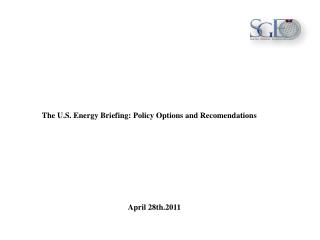 Do Now - . download ch.12 notes. does anyone owe me work? reminders: $89 due monday (moved to next friday) preliminary

System - . system is an aggregate of two or more physical components and a set of disciplines or procedures by means of

Policy Making - . at the end of the session, student is able to: 1. define policy and its characteristics, 2. explain

GEOTHERMAL ENERGY: - . is it a viable option in an oil-induced energy crisis? by adrien t. robinson. overview of policy