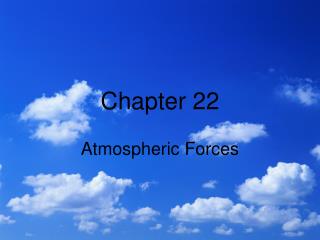 Chapter 22. Atmospheric Forces. A total eclipse of the Moon occurs during the night of Wednesday, February 20/21, 2008. The entire event is visible from South America and most of North America (on Feb. 20) as well as Western Europe, Africa, and western Asia (on Feb. 21).