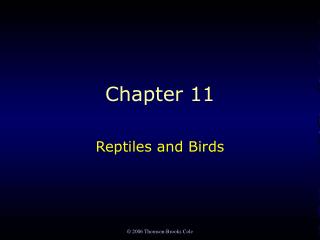 Reptiles and Birds. Chapter 11. Key Concepts. The evolution of the amniotic egg gave reptiles a great reproductive advantage. The Asian saltwater crocodile lives in estuaries and is adapted to life in the marine environment.

Key Concepts - . -for midterm exam and beyond. the “cellular” life. unicellular vs multicellular group work. the