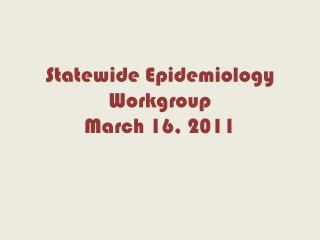 Community Epidemiology Workgroup - . cew 101. cew, why am i here?. you have been identified as an important stakeholder