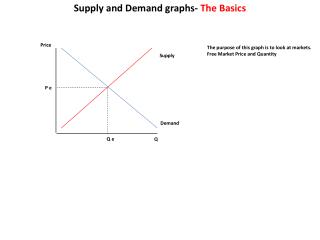 PRICE? - Choosing an insurance broker does it all boil down to. price?. jrp. capital risk. yes. generally speaking, .

PRICE? - Choosing an insurance broker does it all boil down to. price?. jrp. capital risk. yes. generally speaking,. jrp.

Price - . ‘we’ll give it all away for free and figure out how to make money later’ isn’t much of [a] business

Price - . price: the value of money placed on a good or service forms of price: fees to dentist $ for new shoes taxi

Price - Supply and deman d graphs- the basics. price. the purpose of this graph is to look at markets. free market price

Price - . the charge the product is sold to the consumer at. price. the price of a product will affect the sales and the

PRICE - . dhanu$h , zane, meg. price. price refers to the amount of money a customer is prepared to offer in exchange for

PRICE - . price is only one of the factors that affects a buyer’s purchasing decision. it is an important indicator of