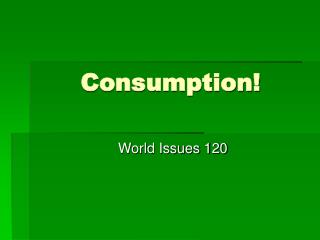 The Keynesian Theory of Consumption: A Review - . keynes suggested that consumption is a positive function of income, and

Against The Grain - . there are, in fact, a wealth of studies documenting the adverse, often crippling, effects of wheat

capitalism - . a broad economic system where competition in a free market determines the price, production and

Microfoundations - . consumption and investment. learning objectives. understand the difference between the long-run

Have you seen this logo? - 1 5 a day is a joint effort between the national cancer institute and the produce for better