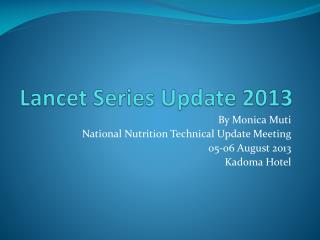 Achieving Freedom from Maternal and Child Undernutrition: An Update on The Lancet Series   - 34 th session of the

Buy Lancet devices - To buy lancet devices in a bulk amount for your hospital or medical office in north america, please