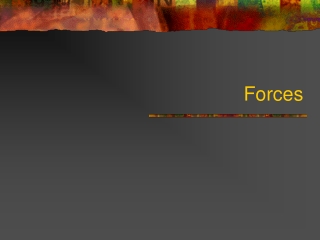 Forces. Forces. A FORCE is a push or a pull exerted on an object Forces can cause objects to speed up, slow down, or change direction. Force is measured in Newtons. Force. Forces come in pairs A force is a vector Forces have a magnitude and a direction. Magnitude: 5N