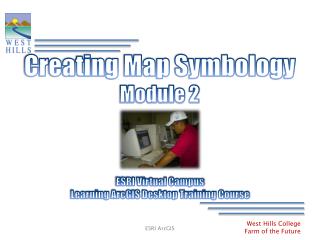 Creating Map Symbology Module 2. ESRI Virtual Campus Learning ArcGIS Desktop Training Course. Creating Map Symbology. Have you ever noticed that some maps are easier to understand than others? Difference can be due to mapmaker's choice and arrangement of symbols and text. The Manual of Surveying Instructions , the PLSS Datum, and the Local Surveyor - Presented by: stephen k. haddock, pls,

The Importance of SDI in the Context of Sustainable Development - . esdi-net+ - workshop „contemporary activity on sdi

Introduction to C# - . with a gis focus with python examples to help with transition provide a c# foundation for arcgis

44 Creating a Personal Budget - . what is a budget?. a budget is a written record of the money that flows in and out of

Analyzing and Creating Products and Services - . unit 2 activity 8. create a product or service. break up into groups you