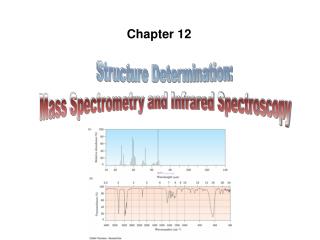 Chapter 12. Structure Determination: Mass Spectrometry and Infrared Spectroscopy. Introduction. The analysis of the outcome of a reaction requires that we know the full structure of the products as well as the reactants. Determining the Structure of an Organic Compound