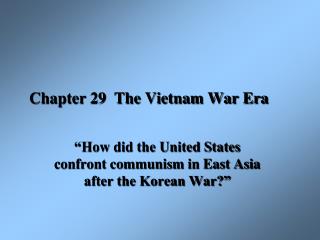 Aftermath of the Vietnam War - . learning targets. understand the reasons and impact of u.s. withdrawal from the vietnam