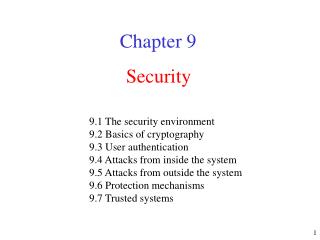 COMPUTER SECURITY - . how to achieve total computer security. the best way to do so is to apply richards' laws of

Computer Security 463.3 Key Management - . fall 2005. based on slides provided by matt bishop for use with computer