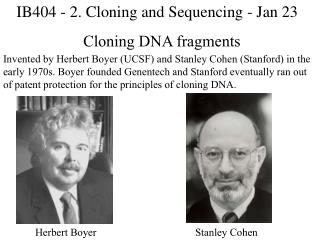 DNA Cloning: - . gene cloning is the production of genetically identical copies of dna, cells, or organisms. can be