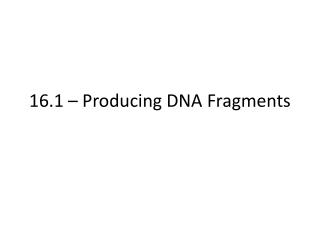 16.1 – Producing DNA Fragments. Genetic Engineering. Genetic engineering is a rapidly advancing field of Biology. We can now manipulate , alter and even transfer genes from one organism to another. Volcanoes - . volcano : an opening in the earth’s surface through which lava, hot gases, and rock fragments erupt. how

State Building (Part 2) - . the ottoman empire: once an integrated economic unit. was parceled into fragments. each new

A Housing Policy F.I.T for the Big Society Co-producing a believable policy story - “ they are not normal”.